In this extraordinary picture book, author Joan Schoettler imparts the life of a remarkable woman, teacher, and artist. From the Japanese-American internment camps to the creation of the San Francisco School of the Arts, Ruth Asawa’s life journey is one filled with injustice, learning, and expression. Known as the “Fountain Lady” of San Francisco due to the many fountains she designed, Asawa experimented with unconventional mediums, using lines, space, and wire to create dimensional sculptures. The thorough research of illustrator Traci Van Wagoner is vividly apparent in the dynamic depictions of Asawa and her life that are sure to fascinate and inspire young readers.
Purchase at Amazon
Purchase at B&N 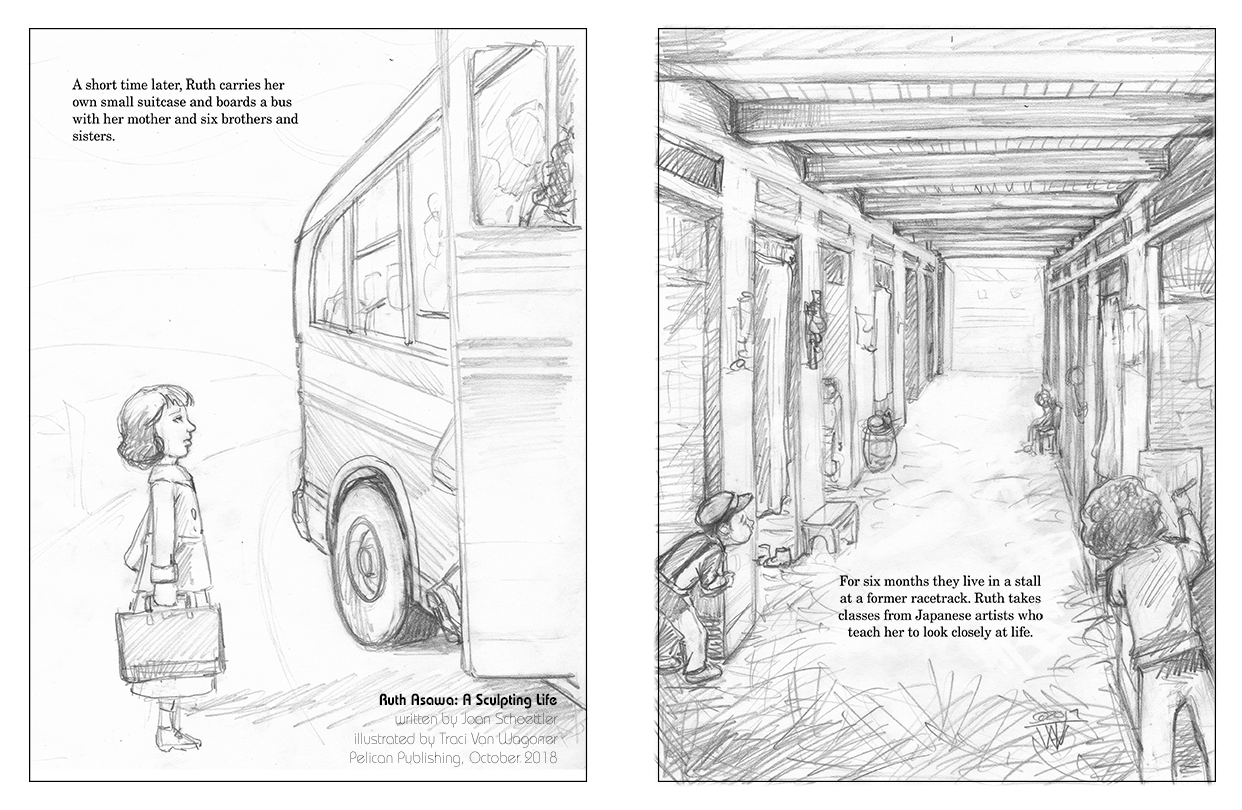 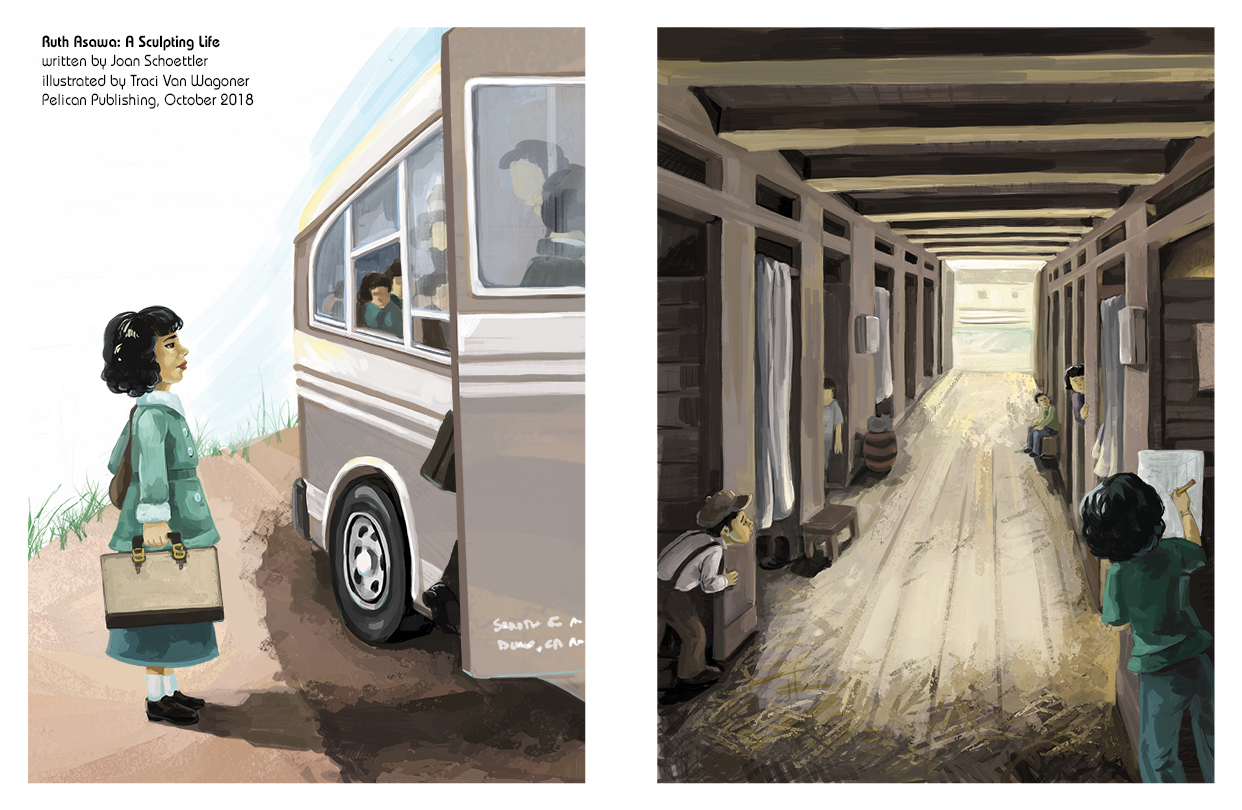 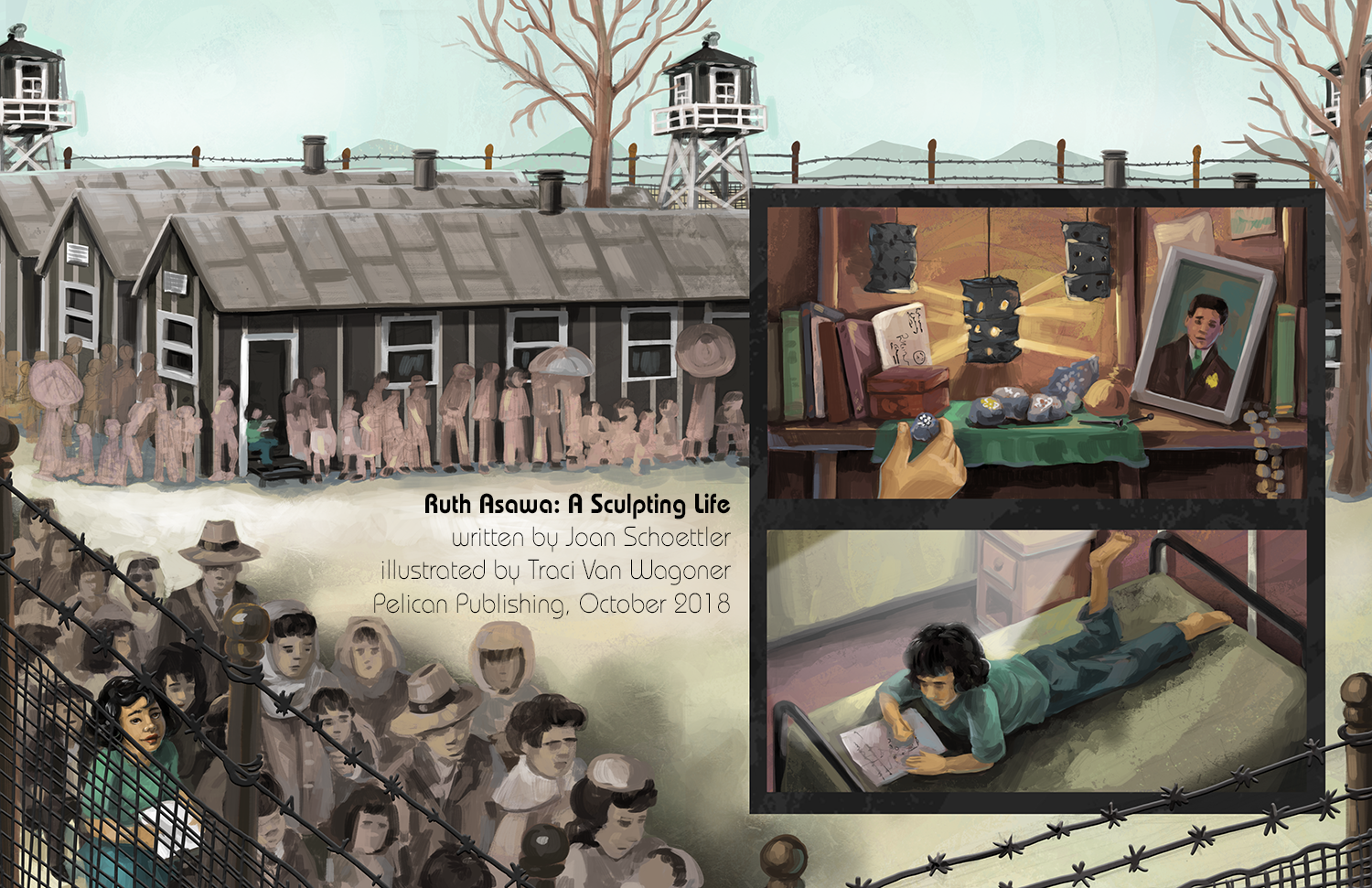 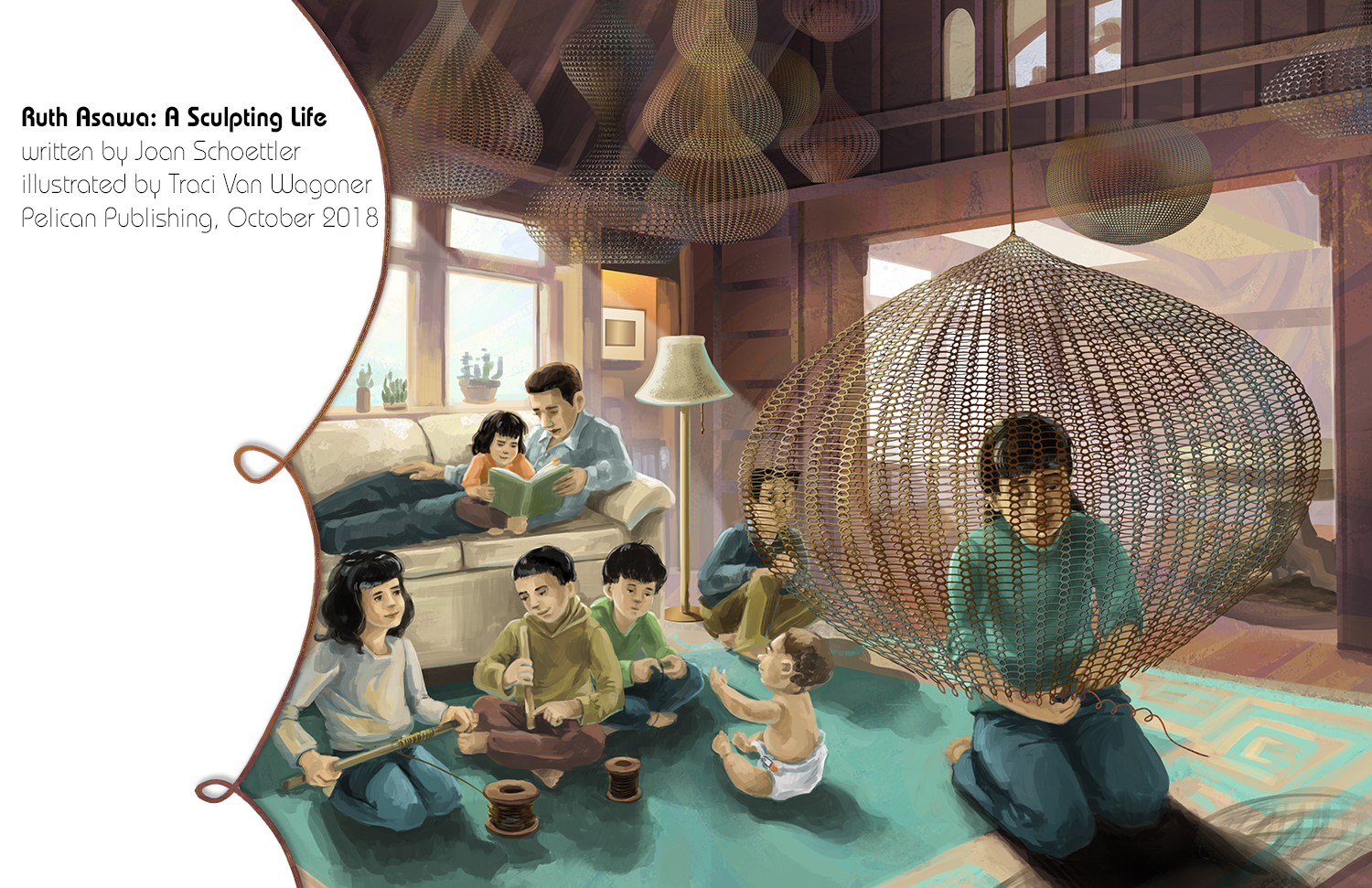 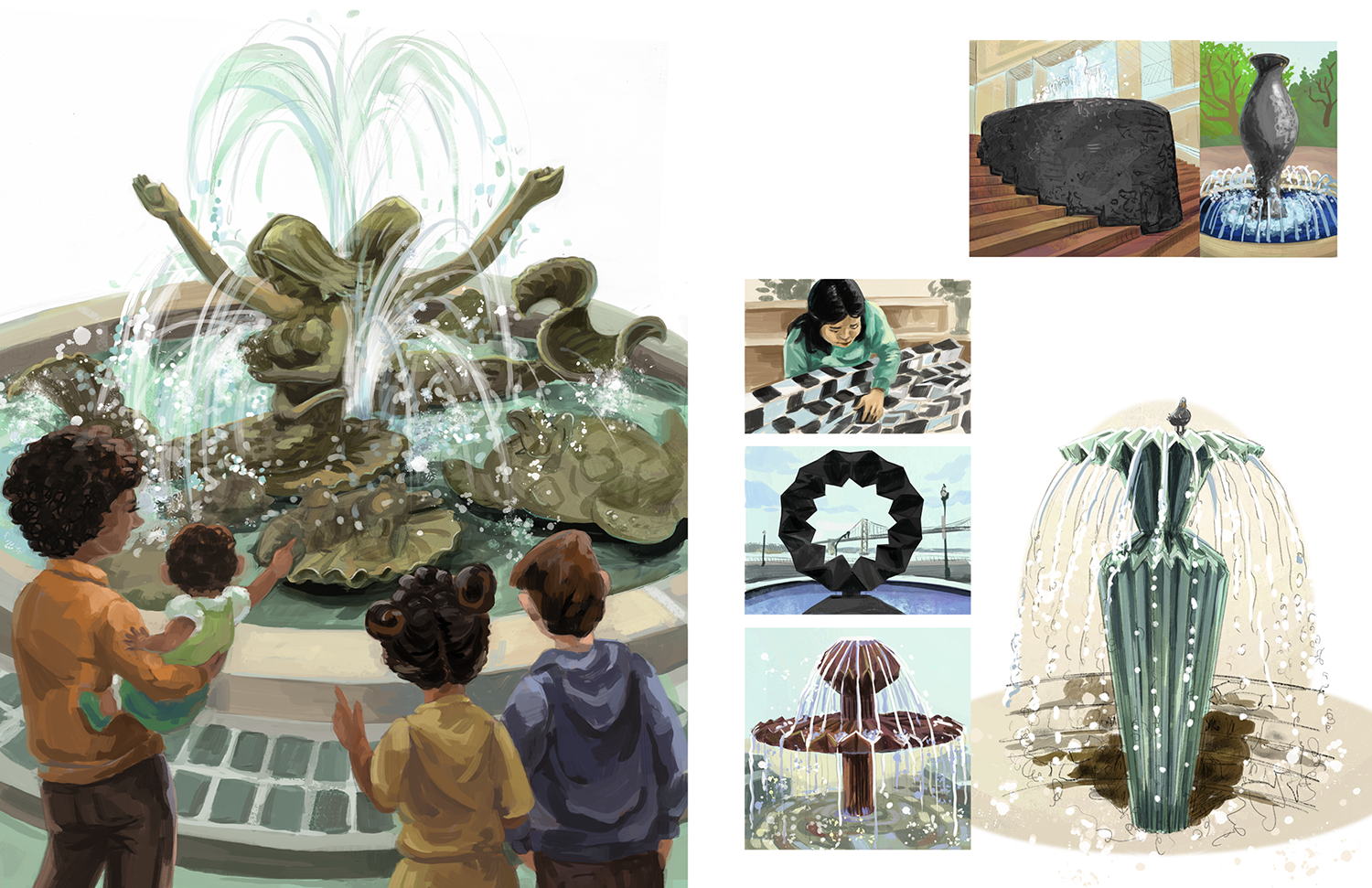 Editorial Reviews
10/01/2018
Gr 1–4—A serviceable introduction to artist and educator, Ruth Asawa. She was primarily a sculptor, known for her work with looped wire and public fountains, but she was also, at heart, an educator who believed in the importance of teaching and sharing art with children. The physical environment, regardless of how beautiful or bleak, was always an influential factor on Asawa's art; she studied, from a very young age, the lines, shapes, and empty space that make up the world. Asawa was also influenced by the adults in her life, many of whom became teachers and mentors, offering encouragement and guidance throughout the years. Van Wagoner's illustrations effectively evoke the mood of the narrative, brighter colors reflecting her more carefree youth on a farm in California, and then later, more muted, darker tones for World War II when she and her family were forced into internment camps. Images and perspectives from her youth and adulthood adroitly complement the straightforward, expository text. VERDICT This is a solid choice for picture book biography collections.—Jody Kopple, Shady Hill School, Cambridge, MA
School Library Journal